Storify At The SPJ Region 1 Conference

A big thanks to my new friend, and social media mentor, Jeff Namnum for shooting this quick video about the cool tool 'Storify' that I learned about during this weekends SPJ Region 1 Conference at Stony Brook University hosted by the Press Club of Long Island where I serve as a Board Member.
No comments:

Silence Is Golden For "The Artist" 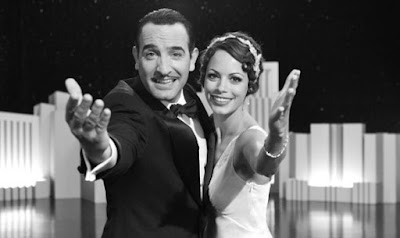 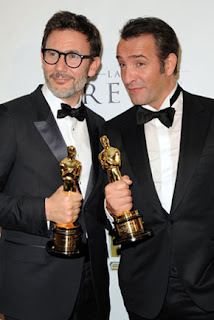 What started out as writer/director Michel Hazanavicius' silent little French film "The Artist," a film that enjoyed much applause at its North American opening at the Hampton International Film Festival this past October, has become the smash hit of the year and now the winner of five Academy Awards including Best Picture, Best Actor, Best Director, Best Score by Ludovic Bource, and Best Costumes. Backed by powerhouse Harvey Weinstein, who remarked this morning on "Today" that he likes strange films, "Last year with a king who stutters and this year a silent movie," the film will go into wide release at over 2000 screens this weekend hoping to cash in on Oscar gold once more this time at the box office.

The cast was glowing even after a night of parties especially leading man Jean Dujardin, who took home the golden statue for Best Actor and exclaimed his gratitude (and dropped a few select words that the censors did not approve of) in French, and actress Berenice Bejo who's smile was still lighting up the room even after her loss of Best Actress to veteran actress Meryl Streep who portrayed Prime Minister Margaret Thatcher in "Iron Lady" with tight-lipped British perfection. With his wide grin and ever-articulated eyebrows Dujardin, the first French actor to win an Academy Award for Best Actor, beamed over the role of 1920's silent film star George Valentin that had its challenges since every movement mattered to convey emotion, tell the story, and move the film to the end. Perhaps he'll take a few English lessons and we'll see more of him on the screen here in the United States but until then he'll be starring in "Les Infidèles" which he co-wrote and is co-directing in France in February and then in Claude Berri's "One Wild Moment" out later this year. 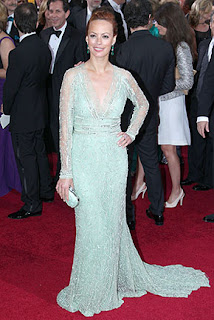 Actors Penelope Ann Miller and James Cromwell explained at the Hamptons screening enjoyed by Bobby Flay and Christie Brinkley in October that a silent film is more difficult that a regular movie since as Miller noted "you don't have the dialogue to support the story." Cromwell went on to say that this film was an "homage to film and filmmaking" and an era he knows much about from his parents who were both in the film industry, his father noted director/actor John Cromwell and his mother actress Kay Johnson. Miller joked that language was the theme not only of the film but in the film making process since director Hazanavicius has a heavy accent and a last name that took her nearly the entire shoot to learn how to pronounce.

The cast of "The Artist" also includes John Goodman as the a-typical studio mogul, Missi Pyle as a hopeful starlet, and Malcolm McDowell as a butler. The story revolves around George Valentin (Dujardin) and the birth of 'talkies,' a medium he greatly fears. After years in the spotlight he sees his light dim as a new breed of actors and actresses, including Bejo's Peppy Miller, take over. He's shut out, broke, and beaten and only has his dog (Uggie) for comfort. Then in a turn of events, well, can't tell you that since it's a bit of a spoiler, but suffice it to say it's a movie ending fit for this year's newest and most unexpected blockbuster.