Getting Personal: Cancer Knocking At My Door

WRITER'S NOTE: This was first written in October 2007 and after months of worry I was cleared and cancer-free. I republished this essay just prior to my participation in Relay For Life in June 2010. 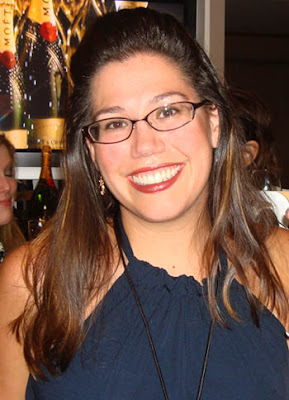 Over the course of this month I had planned to do a number of features throughout Hamptons.com raising awareness of breast cancer in the Hamptons and across the East End. These features would include stories of survivors, resources for support and treatment, and words of encouragement. Never did I think that I'd be telling my own story. But here I am, scared to death, pondering the past and reticent about the future.

Recently I had begun to notice a bit of tenderness across my chest. For weeks I tossed it aside as stress related or hormonal changes that all women notice from time to time. The pain only got worse unfortunately. After spending the day playing with my two young daughters I decided that avoiding the inevitable would be a disservice to them and something more unforgivable for my husband if my fears came to light.

You see, my mother died at the age of 35 from breast cancer. She was diagnosed with the disease and informed that she was pregnant on virtually the same day. She chose to continue with her pregnancy and begin treatments right after delivery. Shortly after giving birth to a healthy baby boy, my youngest brother Karl, she had a double mastectomy.

Always concerned for the feeling of others around her, she worried how I, her only daughter, would feel about her after her surgery. It was a day I clearly remember, she was applying the dressings to her chest in the bathroom and I asked her if I could help. Only seven years old at the time, I was hardly afraid and not at all disgusted as she had feared. From then on, I would help her and we'd talk, usually about my day at school or other things family related. I helped her find the humor in each day. I didn't realize at the time that she was deflecting the subject, keeping herself focused on the important things in life. For her, that was her family.

After a year of treatment that included chemo and radiation she had a brief remission and then she was lost. We said our final farewells on Christmas Day amidst wrapping paper and new toys. She died two days later.

Over the years my brothers and I participated in numerous support programs at the cancer center where she had been treated. I remember finding that humor was my outlet for the pain and fear I felt. I use humor daily in tense situations, even as I gave birth to my daughters I dryly joked with the doctors to ease my fears and pains. Privately I have never cared about my age, looking forward to celebrating my 36th birthday, some sort of pinnacle moment for me where I will get over the hump of my fears about breast cancer. I have always felt that if I could just hit 36 I'd be fine.

Now at the age of 33, I am at the same place she was - a young-ish mother with two children, a loving husband, and some serious decisions to make.

My journey began when I visited with my physician and we ran some preliminary tests. It is not always a good sign when you hear that you're perfectly healthy but you are still in pain. After a full exam and breast exam the doctor noticed a few irregularities. Perhaps a cyst, perhaps something hormonal, perhaps cancer? I won't know for sure until the coming days, a few weeks maybe, after a full diagnostic bilateral sonogram and mammogram. That all sounds like a line from ER or some other medical drama, not something I typically utter in reference to myself.

I've decided to take you on this journey with me if you care to go. Maybe you are sitting there at home feeling "not quite right" and wondering if you should get checked for something. Maybe you are too afraid to take the first step. Perhaps you feel that you are too young to think that breast cancer might be on your horizon. I can honestly say that I know exactly how you feel.

My next step is a full range of tests at Peconic Bay Medical Center in Riverhead. We'll see, pardon the pun, what develops after the Radiology Department does their full diagnostic bilateral sonogram and mammogram. It will hardly be a fun hour but will hopefully lead to a few answers. I am just a woman - a mother, wife, sister, daughter, aunt, and in-law - just like anyone else living on the East End hoping that all of this is "nothing". I can spare the hour, can you?