NY Hamptonite Turns It Up To The Max With The Countess 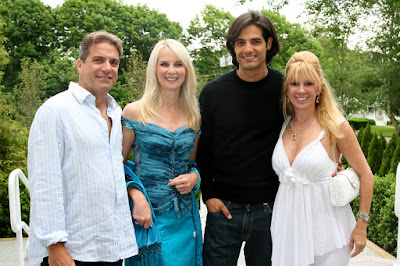 While the mag wars are again taking up space in the Hamptons press in recent weeks, one shining star emerging from the fray unscathed is the fabulous freshman ‘zine New York Hamptonite. New this season and hopefully in it for the long haul, it is a combination of style, parties, people, and arts – all of the things that everyone loves about the Hamptons and New York City in a very stylish package. Not to be outdone by the glossy pages of its first issue, Publisher Aidan Vola and his team, including Editor and PR maestro Tony Vargas as well as photographer Rob Rich, welcomed some 300+ to a swank party at Four Seasons Caterers in Southampton on Saturday night to toast the magazine’s first cover girl – Countess LuAnn de Lesseps. 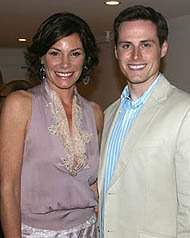 A quick stop for cocktails this was not as revelers stayed well past the end of the night to wish Vola well and get the scoop on the next issue, due out July 4th. In the mix were many familiar faces including LuAnn’s “Real Housewives of New York City” cast mate Ramona Singer and her jewelry-designing hubby Mario Singer and show regular Maximiliano Palacio.

Ladies you all remember Maximiliano – think back to the Halloween party, now recall the super sexy Latin lover that Kelly Killoren Bensimon sported around as arm candy dressed in a loincloth, he, ladies, is Maximiliano. Oh hello Max! Dressed in a simple black cashmere sweater his smile radiated throughout the room and his magnetic personality drew guests over all night for a chat about his career, Maximiliano is not only a model but an actor with a few interesting projects in the works, but about how he plans to enjoy the summer in the Hamptons. We will be seeing much more of Maximiliano on these pages, promise! 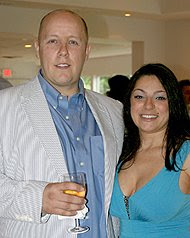 The Countess held court, looking stunning in vintage lavender, with friends and was talking passionately about her book, “Class With The Countess,” and her summer plans which include spending time with her children. She promises to be a regular fixture on the benefit circuit with her signature flip hairstyle and glittering smile. As for her turn as cover girl, she remarked that it was a pleasure and that she was delighted to be part of their first issue of New York Hamptonite. 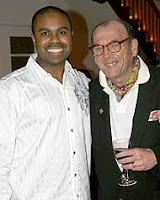 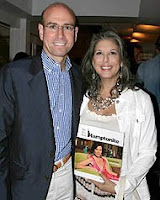 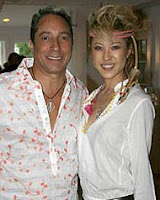 Nicole so great to see you at the Hampton & Co. event this weekend.
I really appreciate your supporting an authentic brand that truly believes in giving back. Here's the url so your hubby can treat you to one of the bags you were admiring! www.hamptonandco.com

The event was awesome and so was the savvy socialite. Sara. H. Galloway. Always the hostess even when she wasn't the chai . Continued Kudos .