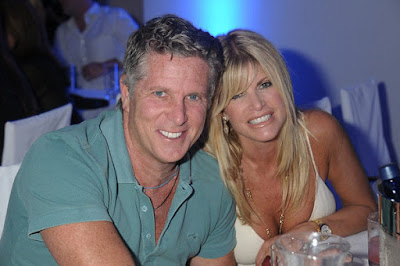 A little rain never stopped a great party, especially not a party in the Hamptons party support the 10th Annual Love Heals event for the Alison Gertz Foundation for AIDS Education. Originally set to take place at the sprawling Luna Farm in Sagaponack, due to rainy weather the venue switched at the last minute to Polish Hall in Southampton. The vast event space was more than large enough for the 300+ crowd that came out for the ‘beach chic’ party that lasted until it was time to head out to the infamous after-party. 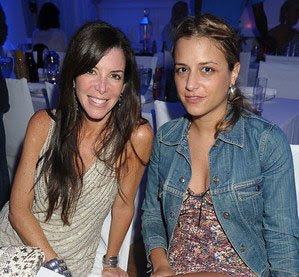 Hosted by designer Charlotte Ronson, twin sister of DJ Samantha Ronson who makes headlines with ex-gal pal Lindsay Lohan, and generously underwritten by ad man Donny Deutsch and Claiborne the event was a splashing success. DJ Kiss lent her sexy spinning style to the southern-style barbeque by DeForest Gibbs as hot lifeguards kept a watchful eye on the ‘dressed-to-impress’ masses.

Always one of the most anticipated events of the summer season because of the fun people, abundant silent auction deals, and party atmosphere this years’ event did not disappoint and raised over $300,000. Featured auction items such as an internship with Diane von Furstenberg went for $2,000 and a tour of the “Gossip Girl” set went for $5,250.
In the mix sipping SKYY Vodka and Red Bull cocktails while munching on PopChips, CRUMBS cupcakes, and Nathan’s Hot Dogs were designer John Bartlett, Dini von Mueffling, Victoria Leacock Hoffman, Jennifer Miller, Michael Lewittes, Mark Simon, Richard Johnson, Sessa von Richthofen, Stefani Greenfield, Anait Bain, Liza Sandler, Alison Brod, and Ramona Singer to name but a few.